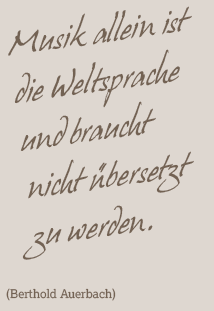 It is written that in 1887 the young violin making master Johann Klier from Schönbach in Egerland set up his own workshop. Numerous homeworkers from the vicinity would send him and his three apprentices so-called halfpieces which they had carefully prepared using the best tone woods from the forests of the Austro-Hungarian monarchy.

In his workshops, the individual pieces were assembled into violins and delivered to clients in Vienna and as far as Russia. A particularly well-executed piece, in which the usual scroll was replaced by a portrait of the Emperor Franz Joseph II was sent as a gift to the Viennese Court. The Court rewarded the ingenious master with a letter of thanks and 48 gold coins; the „Emperor violin“ can still be admired in a museum in Prague. It was the costum among the Schönbacher violinmakers for all family members to participate in the workshop. Children were thereby introduced to their father´s trade at an early age and grew up to be skillful violinmakers. Therefore, following his father´s death in 1918, the eldest son, Otto Josef Klier was able to smoothly take over the workshop; 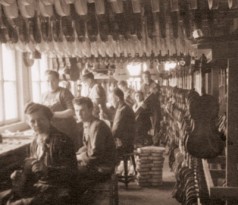 he rapidly familiarized himself with the business, completed his examination for the title of a master and was soon sought after by clients because of the outstanding varnish of his violins. The violins from the Klier workshop are still varnished by using the same traditional formula! In 1921, Otto Josef married Rosa Sandner, from an old Schönbach violin-making family; from then on, she assumed the administrative duties of the expanding business, which soon required a new two-story building to accomodate it. Up to 50.000 violins were made each year. The economic depression in the early 1930´s greatly affected the musical instrument industry in Schönbach. Otto Josef rapidly broadened his production line to include plucked instruments.

The guitar became popular worldwide and the Klier Company profited. When World War II broke out and all ablebodied men were recruited, the workshop could be staffed only by elderly workers. During this time, not only violins and guitars but also balalaikas were in demand! The end of the war brought no peace to the company. On the contrary, Otto Josef and Rosa Klier´s struggles began:

On March 12, 1948, the family was leaving the Sudetenland, abandoning the fruits of many generations´ labour. A guesthouse in Eltersdorf near Erlangen was the first stop in the Federal Republic of Germany. Otto Josef transformed a corner of their room into a workshop and hand-built the first Klier violin in the new homeland. A barracks in Poxdorf-Hagenau was acquired, qualified labour employed and soon, the violin production resumed „home style“. Otto Josef heeded the call of the district counsellor Willi Hönekopp for the Schönbach violinmakers to resettle near Bubenreuth. The company made its new home at No.1, Eichenplatz in Bubenreuth on January 6, 1950. Since the company reestablished its old business connections that same year, it was able to profit from the guitar boom in the 50´s and 60´s.

Otto Josef died in 1961, aged 66 years; his widow Rosa took over as head of the company, supported by her daughter and son-in-law. In this same year, the company participated for the first time at the Frankfurt Spring Fair and since the 70´s, the company has been regularly represented with a wide product palette at the International Music Fair in Frankfurt. 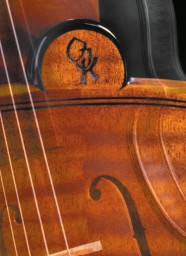 Today, more than 100 years after its founding, and more than 40 years after reestablishing itself, the company is worldwide one of the leading suppliers of stringed instruments. The scope ranges from budget-priced school instruments to valuable concert and master instruments.

In 1990 Mrs. Rosa Klier decided to retire, knowing that by handing the company over to the next generation she put the future of a well-managed, internationally known company in some experienced hands.


We use cookies on our website. Some of them are essential (for example, for site navigation), while others help us to improve our online offer and to operate economically. You can accept it, refuse it or see it in detail by clicking on the "more info" button. You can call up the settings at any time and deselect cookies later. Further information can be found in our privacy policy.